Today, the Finance Ministers from 51 countries and jurisdictions have signed a Multilateral Competent Authority Agreement on the implementation of the Global Standard for the automatic exchange of financial account information. The signature of the Multilateral Convention on Mutual Administrative Assistance in Tax Matters was warmly welcomed by Commissioner Šemeta.

The new OECD/G20 standard on automatic exchange of information was endorsed today by all OECD and G20 countries as well as major financial centres participating in the annual meeting of the Global Forum on Transparency and Exchange of Information for Tax Purposes in Berlin. A status report on committed and not committed jurisdictions will be presented to G20 leaders during their annual summit in Brisbane, Australia on November 15-16. 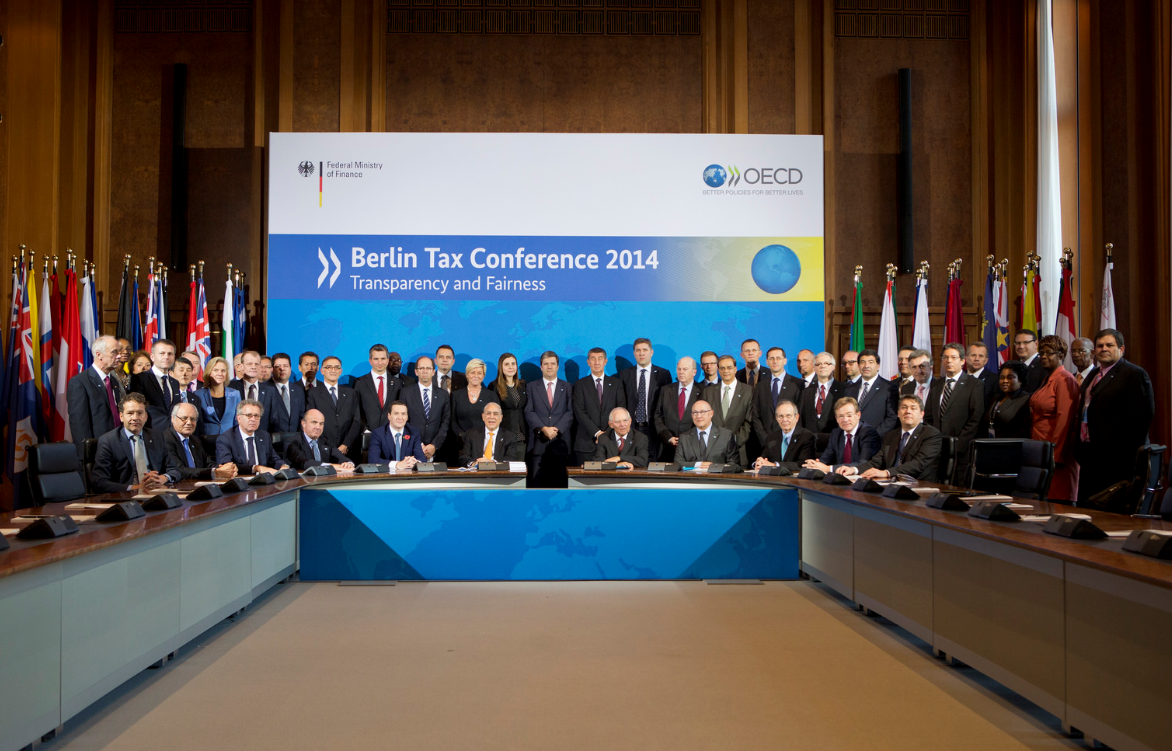 The signature of this Agreement is an important joint effort by many in creating a fairer, more appropriate tax environment worldwide. The agreement signed today, follows on quickly from the political agreement reached by EU Member States on 14 October to apply the Global Standard in relations between each other by way of a Directive (see SPEECH/14/693). The European Union has been a pioneer and a leader in the use of automatic exchange of information to prevent tax evasion. It has been advocated by the Commission since 2001 and has been applied by EU Member States under the Directive on the taxation of savings income since 2003.

The new Standard for Automatic Exchange of Financial Account Information in Tax Matters was recently presented by the OECD to the G20 Finance Ministers during a meeting in Cairns last September. It provides for exchange of all financial information on an annual basis, automatically. Most jurisdictions have committed to implementing this Standard on a reciprocal basis with all interested jurisdictions.

The Global Standard, developed by the OECD in cooperation with G20 countries and the European Commission, will facilitate tax authorities’ access to financial account information and boost worldwide efforts to crack down on tax evasion. This global agreement shows that many countries around the world are ready to work towards alignment with the Global Standard and recognise automatic exchange of information as the new standard for international cooperation.

Commissioner Šemeta said that: “Agreement on a Global Standard is not something we could have foreseen even a few years ago and it signals a new step towards greater tax transparency. I am confident that this new move will enable countries around the world to better combat tax evasion and improve the efficiency of their tax collection.”

“We are making concrete progress toward the G20 objective of winning the fight against tax evasion,” OECD Secretary-General Angel Gurria said after the signing ceremony. “The fact that so many jurisdictions have agreed today to automatically exchange financial account information shows the significant change that can occur when the international community works together in a focused and ambitious manner. The world is quickly becoming a smaller place for tax cheats, and we are determined to ensure that developing countries also reap the benefits of greater financial sector transparency.”

For further information on the Global Forum meeting in Berlin, including a Statement of Outcomes, go to: www.oecd.org/tax/transparency.

For further information on the Standard for Automatic Exchange of Financial Account Information in Tax Matters, today’s signing ceremony and the Multilateral Competent Authority Agreement, go to: www.oecd.org/ctp/exchange-of-tax-information/automaticexchange.htm.