Joint Liability Notice – a new weapon in the HMRC armoury

Joint Liability Notice – a new weapon in the HMRC armoury

Although a cornerstone of the modern commercial world, HMRC has always experienced operational difficulties with entities such as companies that enjoy the benefit of limited liability. To overcome this, in the last few years HMRC has attempted to introduce measures to “pierce the corporate veil”, that is the “veil” that shields shareholders from personal responsibility for the debts of the businesses they own.

A good example of this approach is the introduction of the “Senior Accounting Officer” (SAO) provisions, which operate to pin personal responsibility onto a specific identifiable senior executive in a large corporate for the tax obligations of the company for which he or she might work. The SAO has to sign an annual certificate to say whether the company does or does not have systems and processes in place to deliver the right tax result. If he or she fails to submit a certificate, or submits a certificate that proves to be incorrect, then he/she is personally liable to a hefty penalty.

Another example is the ability to force company directors to make a payment of a personal security – effectively a payment up front on account of potential tax liabilities – in any situation where HMRC has grounds to suspect that the company might fail to pay its liabilities. Formerly only limited to VAT, these have recently been extended to include PAYE and NIC and other corporate liabilities. In addition to these, there has also been the part restoration of preferential creditor status for some tax regimes from 1 December 2020.

The latest policy initiative in this area is the Joint Liability Notice (JLN), now legislated at Schedule 13 of Finance Act 2020. The overall intention is to redress the persistent HMRC complaint that, if and when a company becomes insolvent, the tax authority is often left holding the baby of the vast bulk of unsecured debt.

Tax officials often complain that, compared to normal creditors, HMRC is in a uniquely disadvantaged position. They point out that there is often a considerable period between the time that a transaction occurs and the associated time that the tax charge relating to that transaction becomes payable, particularly after an enquiry or, in a case of dispute, when the litigation process has been completed. Moreover, they complain that, unlike trade creditors or service providers, HMRC has no wider leverage to threaten to cut off key services or supplies until outstanding liabilities are paid. Of course, this rather ignores the fact that VAT on sales can be payable to HMRC before the trader is actually paid by his/her customer but HMRC sees these things from something of a distorted viewpoint.

Circumstances in which the JLN can be used

The new provisions, effective for tax periods that ended after 22 July 2020, allow HMRC to issue a notice that creates shared responsibility tax liabilities between the company and the director, shareholder or equivalent. Where the company no longer exists, the liability transfers to the individual entirely.

The notice can be issued in the following separate scenarios:

The potential for enhanced personal exposure for individuals acting as directors or officers of a company are clear. An article by Laura Smith of Kennedys has explored the detail of the phoenixism provisions here. The remainder of this article will look in more detail at the tax avoidance / evasion provisions.

The consultation papers preceding the draft clauses made clear what HMRC had in mind. Practitioners themselves will be all too aware of the proliferation of Disguised Remuneration schemes, where individual taxpayers have used bankruptcy as a mechanism to escape tax liabilities arising from their participation in schemes that were (at least in the eyes of HMRC) doomed to fail. The position would be exacerbated where individuals had been involved in behaviour that was more clearly evasion from the outset, such as where a company as an employer failed to operate PAYE – or did operate PAYE but never paid the tax and NIC to HMRC.

There are five conditions for the valid issue of a notice, as follows:-

The definitions of tax avoidance arrangements are those that will be widely recognised for the purposes of direct tax, particularly to include those that fall within DOTAS (Disclosure Of Tax Avoidance Schemes) which have now been in operation for over a decade.

What does this mean in practice for HMRC?

Interestingly, the definition of tax evasion primarily relies upon the well-established failures to comply with tax obligations, such as inaccurate returns, failures to notify chargeability and failure to make tax returns on time. However, there is an additional challenge for HMRC in that each failure must be the result of “deliberate” behaviour. Although the civil standard of proof applies, the threshold for HMRC can still be difficult to meet in practice since HMRC needs to demonstrate that the taxpayer had conscious knowledge and intention towards the loss of tax, rather than it being due to a lack of reasonable care.

Despite HMRC commitments to provide further clarity in guidance, the provisions themselves contain a number of features that seem ripe for debate, challenge and probably litigation in the future. One such obvious example seems to be the inclusion of the phrase “serious possibility”. One can only speculate as to when a mere possibility becomes sufficiently likely that it becomes a “serious” possibility. No doubt we can expect this terminology to be the subject of many learned debates in the Tribunals and courts for many years to come.

What is the potential impact on clients?

As HMRC prepare to use these new powers, there will no doubt be a transitional period where caseworkers get used to implementing them – and no doubt mistakes will be made and mis-steps will be taken. Therefore, practitioners need to be keenly aware of the statutory safeguards available to their clients. Firstly, taxpayers served the notice can ask within 30 days for an internal review of the decision to issue the JLN.

Alternatively or additionally, taxpayers still have the right to appeal the issue to the independent First Tier Tribunal, either on the grounds that the five conditions have not been met or that the notice is not necessary for the protection of the revenue.

Bearing in mind the considerable powers conferred by these new provisions and the wide range of circumstances where HMRC apparently intends to use them, we can expect practitioners to be confronted with these notices frequently in the future. As we said at the start, HMRC have long been frustrated by the limited liability protection afforded by the corporate structure to what they see as the misbehaviour of company directors. Having been provided with a weapon to overcome that protection, it is only to be expected that they will be keen to use it wherever possible.

David Lewis has over 20 years compliance operational and policy experience in HMRC in a wide variety of roles and positions. He now is a Senior Tax Manager in Mazars Tax Investigations team and can be contacted on david.lewis@mazars.co.uk / 07880 059372 for a free, no obligations initial discussion. 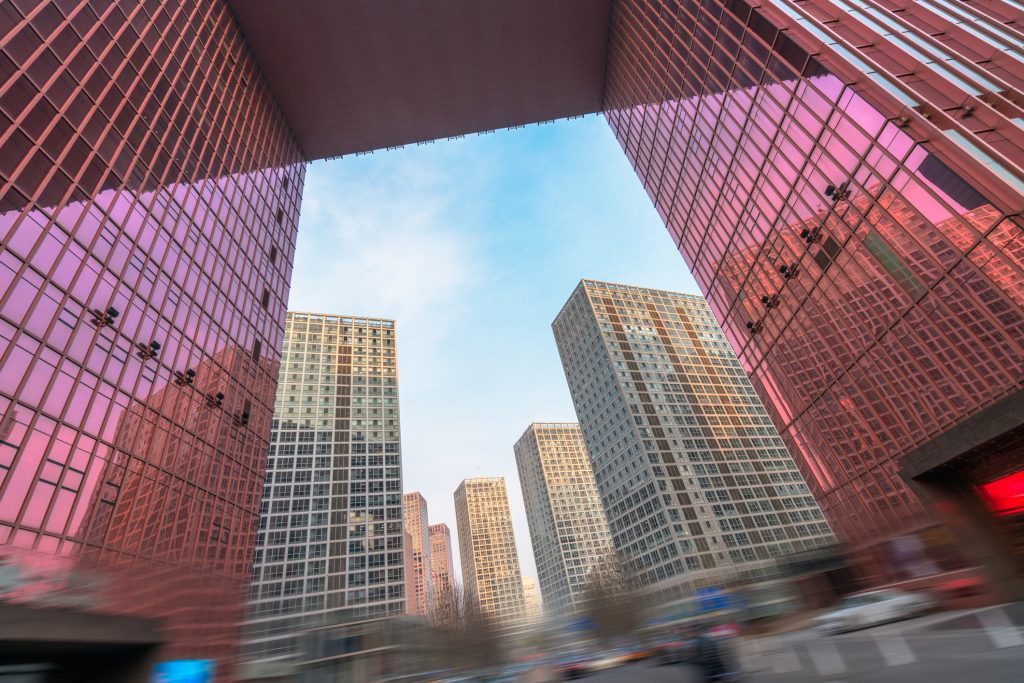 There has been, in recent years, increased HMRC appetite for challenging the domicile status of individuals. Such enquiries can be complex and lengthy in nature, as well as including a number of distinct matters which need to be determined. Where HMRC and the profession cannot agree on all matters the option of applying to the […] 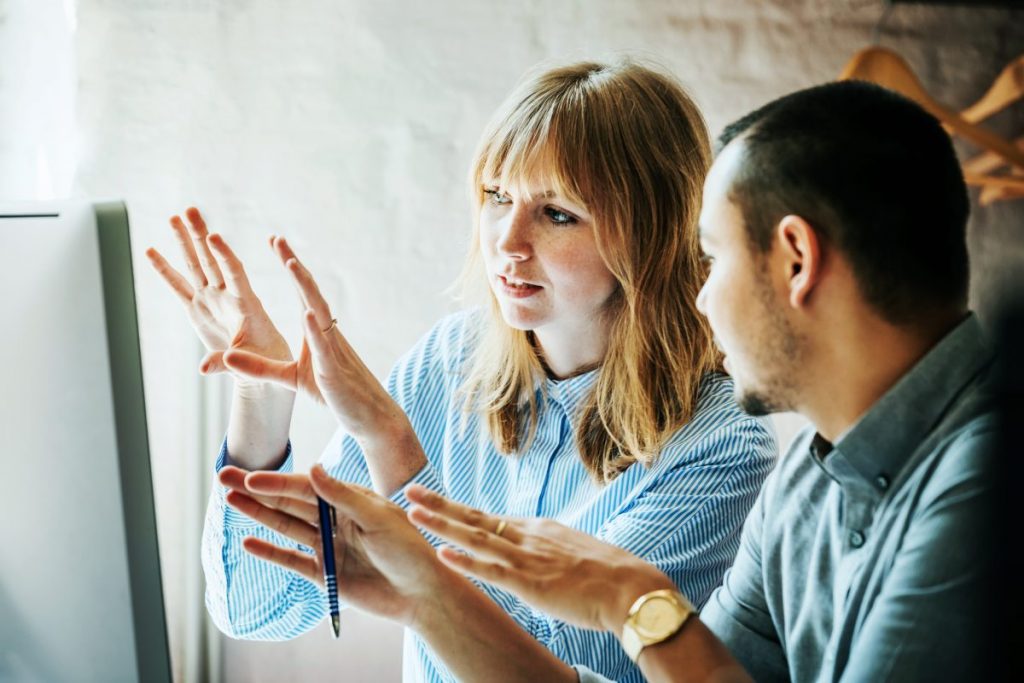 A letter from HMRC starting an enquiry is never going to be a welcome sight. While it may set the pulse racing, increase your stress levels and engender a sense of trepidation, there is no need for it to turn into an unbearable experience. 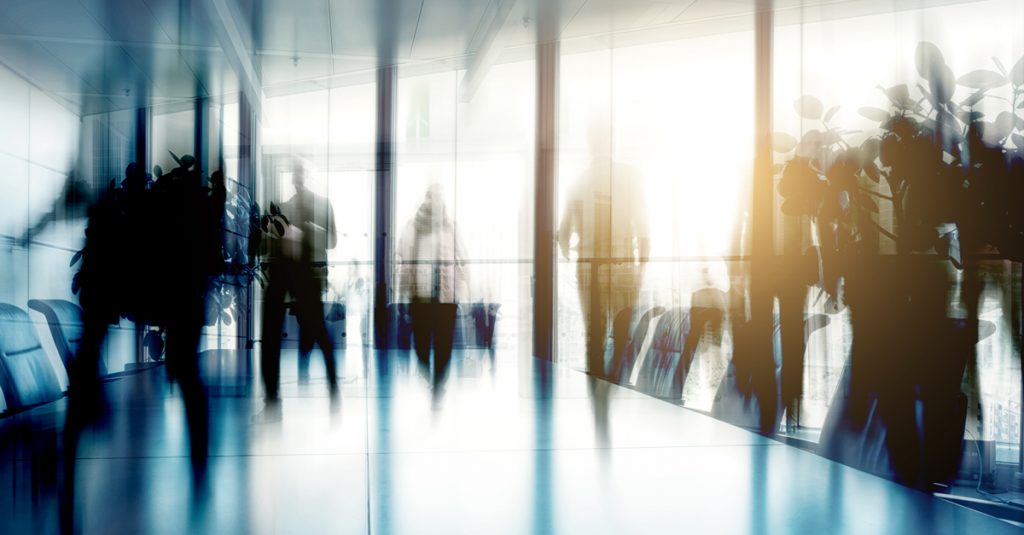 The classic problem When revisiting the information powers for the newly merged department back in 2005, the HMRC Powers Review took the opportunity to create a framework to allow resolution of a frequently disputed issue in the area of enquiry work – that of the scope of Legal & Professional Privilege (“LPP”). Without that framework, […] 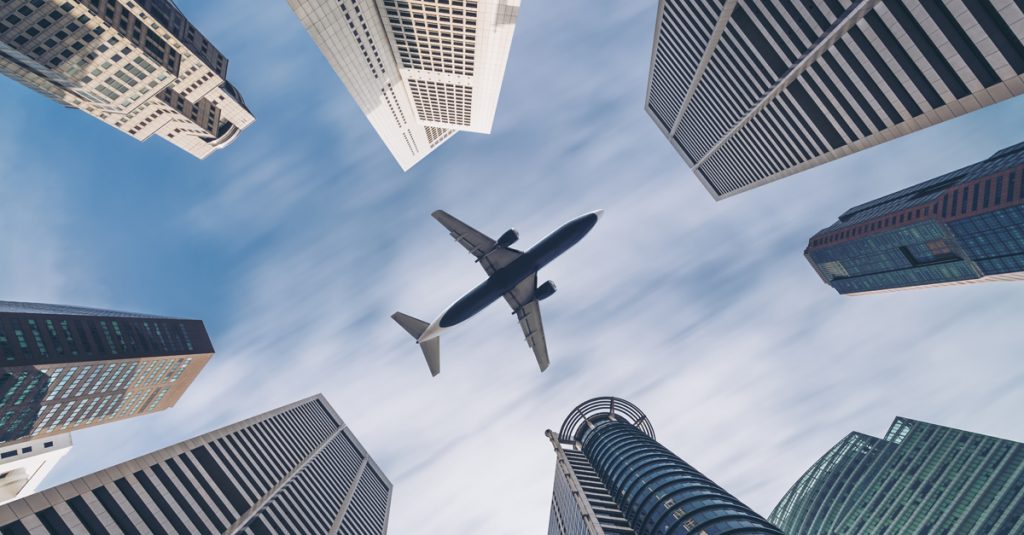 HM Revenue and Customs (‘HMRC’) has announced two significant changes to the availability of Alternative Dispute Resolution (‘ADR’) in resolving disputes with taxpayers, which will have a major impact on the way in which disputes could be managed going forward. Faruk Ali and Aude Delechat-Patel set out a reminder of the mediation process through ADR […] 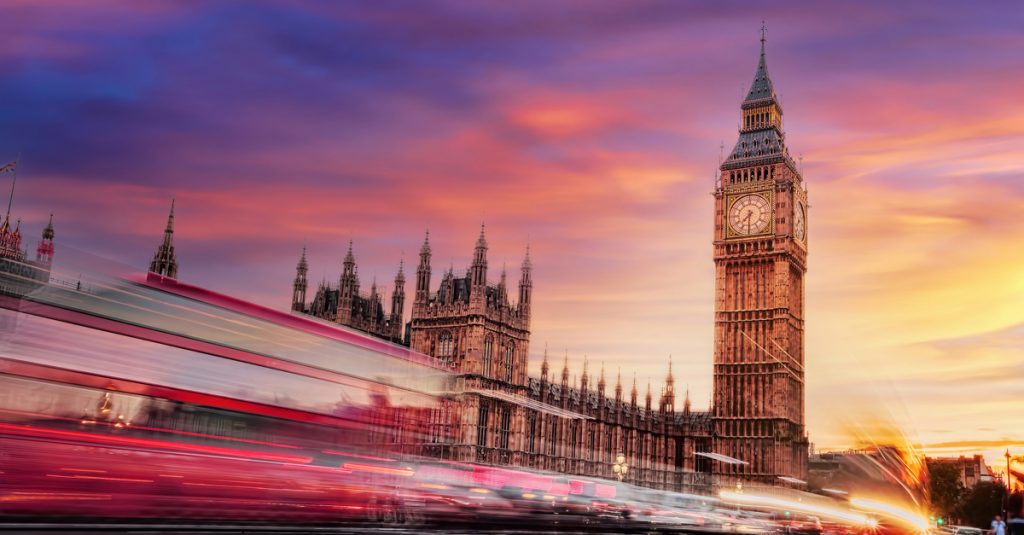 The Corporate Tax Governance team at Mazars has been working extensively with a number of our clients in ensuring they are compliant with the corporate criminal offence (‘CCO’) legislation in accordance with the Criminal Finances Act 2017 (‘CFA 2017’). We often address comments, questions and queries in relation to how this piece of legislation works, […] 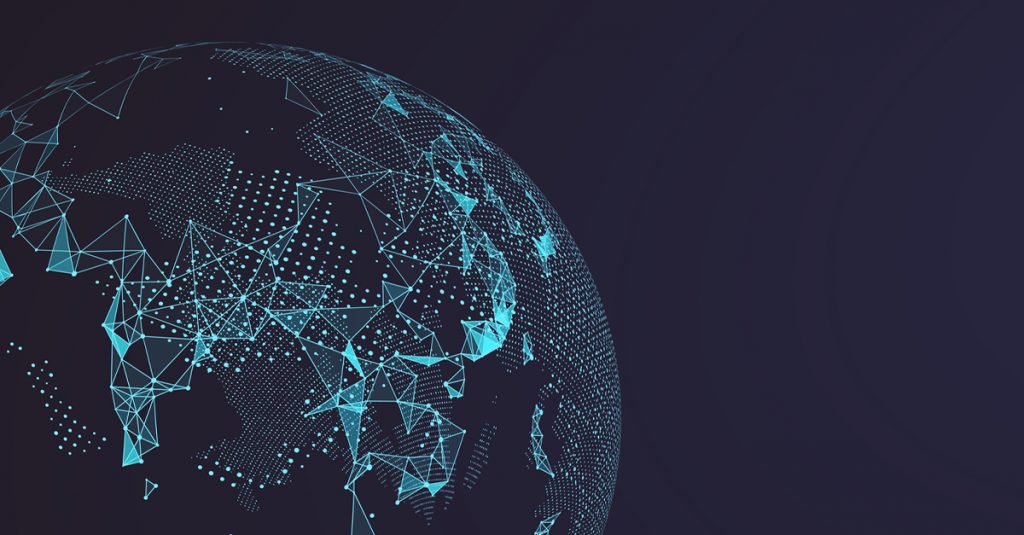 Where HMRC suspects fraud, it reserves the right to open a criminal prosecution. More routinely, it invites individuals to enter into a disclosure process where immunity from prosecution is possible in exchange for a full and complete disclosure of any tax evasion in the previous 20 years. This process, known as the Contractual Disclosure Facility […] 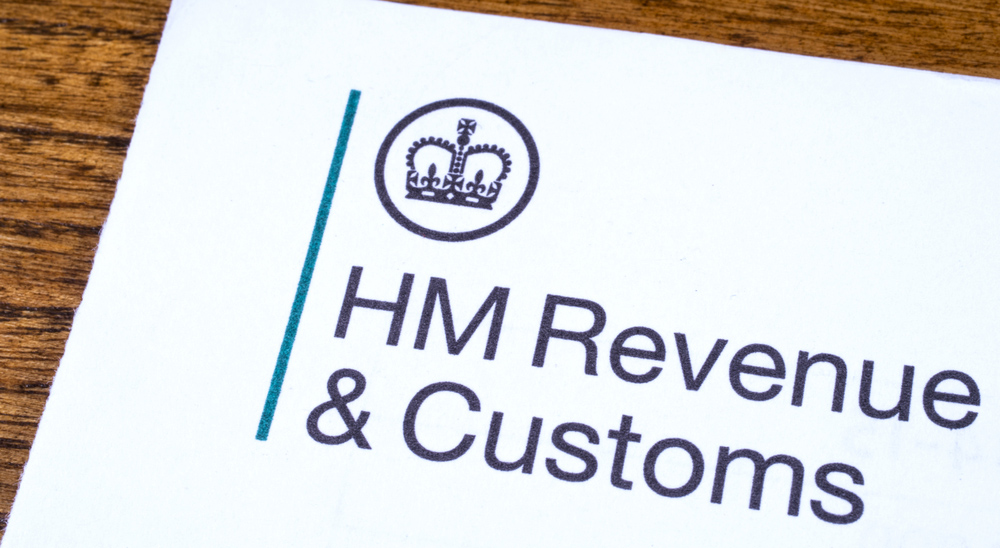 The Power of Schedule 36

Beware the pitfalls of an Information Notice, warns Salman Anwar HMRC has numerous powers to conduct enquiries or make assessments but the reality is that HMRC requires evidence to come to their conclusions and that evidences comes in the shape of documents and information. The powers contained in Schedule 36 of the Finance Act 2008 […]

HMRC have long relied on the Kittel principle in cases of alleged missing trader fraud in relation to VAT. Using Kittel,  HMRC contest that a trader ‘knew or should have known’ that the transactions being entered into were connected to fraudulent activity. Cases going through the courts demonstrate that Kittel  has a much lower threshold […] 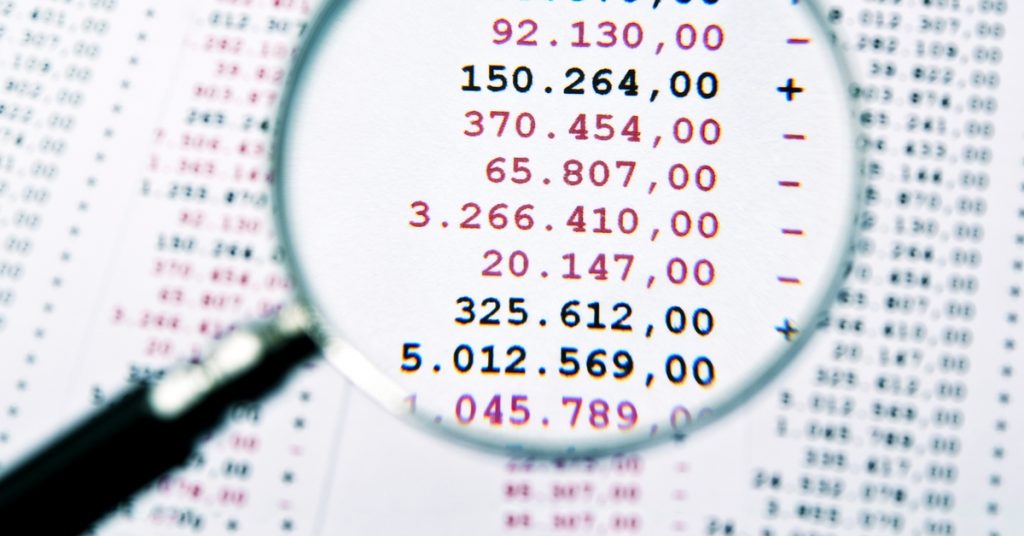 VAT Invigilations – When best judgement isn’t even good Anyone who has only been involved with tax since 2005 might not be aware that prior to that point, rather than there being one HM Revenue and Customs, there had been two departments – the Inland Revenue and HM Customs & Excise. Of the two departments, […]

Tax Conditionality – the tip of a titanic iceberg

They do say that nine-tenths of an iceberg sits below the surface of the water. The same may be true of some legislation, where all the consequences might not be immediately visible… Budget 2020 contains a mention of what looks like the tip of such an iceberg, set floating in HMRC’s ocean of compliance obligations […] 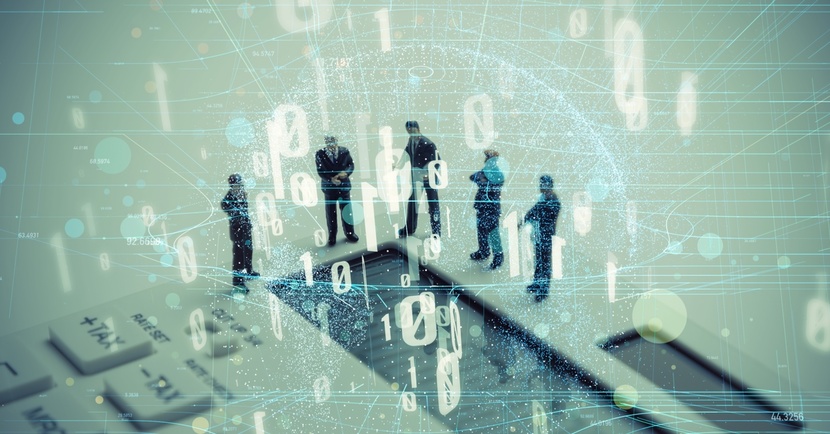 How hard is it to pay tax?

You would think it should be very easy to pay money to HMRC. After all, as we are being regularly reminded, it is the very raison d’etre for its existence. It is the channel for funds to the Treasury and thence to all the good things that the government pays for. Well, the practice of […]

The unprepared restaurateur, Test Eats and the inexperienced accountant: A recipe for disaster

In this instalment of our blogs on all topics to do with HMRC’s investigations and enquiries, we discuss a recipe which, almost always, leads to disaster for the taxpayer. The main ingredient requires a business in the restaurant/takeaway/hospitality trade but it can be served to any business which involves significant cash sales. This “disaster” is […]