The European Union Development Days bring together the development community each year to consider and exchange ideas on enhancing international development efforts. The theme of the two day event in Brussels in June this year, was the UN Sustainable Development Goals (SDGs) in action.

The event attracted high level delegations from donors and the developing world with keynote speakers including the UN Secretary General and the Presidents of Kenya, Mauritius, Burkina Faso, Central African Republic, Samoa, Ethiopia and Timor-Leste.

At the European Development Days in 2015 Mazars hosted a discussion panel on Business and Human Rights. This year I was privileged to be part of a panel discussion on engaging the private sector in the fight against corruption.

The 17 UN SDGs are aligned to 169 associated targets for delivery by 2030. Although corruption is only explicitly referenced in SDG 16, to “Substantially reduce corruption and bribery in all their forms”, the issue of corruption implicitly impacts a number, and arguably all, of the SDGs. It was unsurprising, therefore, that the issue of corruption featured in a number of other debates and panel sessions held during the two day event.

I was joined on the Mazars panel by:

We were also joined, via video link, by David Lewis, Chair of Corruption Watch, South Africa.

In our session we explored corruption within public procurement in the Balkans, the experience of developing an ethics programme in a multi-national business, and the challenge of civil society engaging the private sector in the war on corruption.

An interesting aspect for me that arose in the discussion, was the dilemma of a commitment from top management to conduct clean business, not being demonstrated ‘in the field’. The corporate anti-corruption debate frequently focuses on the tone-from-the-top, but less frequently explores the disconnect between the stated desire of top management and frontline activities. The ethical communication bottlenecks and internal hurdles that prevent top intentions being enacted at the operational level, should be a focus for embedding a corporate anti-corruption programme.

The panel session also provided an opportunity to congratulate Fola Komolafe, the Mazars Group lead on International Development, who became a Member of the Order of the British Empire (MBE) as part of the Queen’s 90th Birthday celebrations. 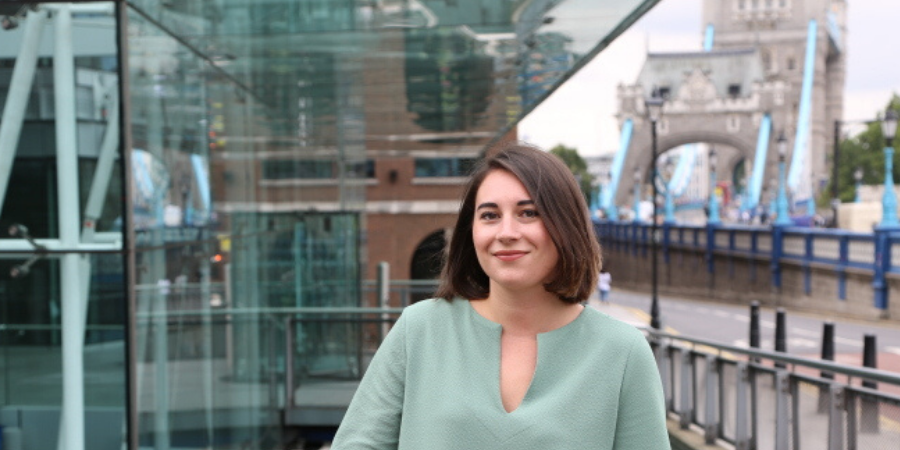 Mazars Young Innovators: The Next Generation of Changemakers

Towards the end of last year, two Mazars team members – Harriet Walker and Elizabeth Whittaker – were selected to participate in the United Nations Global Compact ‘Young SDG Innovators’ programme. Over the course of 10 months, the programme brings together talented young professionals from around the world with a passion for sustainability and innovation. […]

To mark World Mental Health Day, Mazars Partner Tom Brichieri-Colombi shares his personal experience of stress in the workplace. In June of this year, AccountancyAge published an article entitled: What we have learned about mental health at work, highlighting the results from its 2018 survey on this topic. The top two findings from the report […]

Celebrating #WomenAtMazars – Rebecca Dacre Next in our Celebrating #WomenAtMazars series, we’re speaking to Rebecca Dacre, a Director in the Restructuring Services Team, based in Milton Keynes. Don’t forget to catch up with the previous interviews in this series with: Iris Hughes, Senior Internal Auditor, Consulting Charlene Nunn, Senior Manager, Audit and Assurance Harriet […]

Celebrating #WomenAtMazars – Iris Hughes​ Next in our Celebrating #WomenatMazars series, we’re speaking to Iris Hughes, a Senior Internal Auditor in the Consulting team, based in London. Don’t forget to catch up with the previous interviews in this series with: Charlene Nunn, Senior Manager, Audit and Assurance Harriet Walker, Corporate Assistant, Professional Practices Catherine […]

Celebrating #WomenAtMazars – Charlene Nunn This week’s edition of Celebrating #WomenatMazars, we’re speaking to Charlene Nunn, a Senior Manager in the Audit and Assurance team, based in Manchester. Don’t forget to catch up with the previous interviews in this series with: Harriet Walker, Corporate Assistant, Professional Practices Catherine Hall, International Tax Partner Lara Brennan, […]

Celebrating #WomenatMazars – Lara Brennan This week in our Celebrating #WomenAtMazars series, we’re joined by Lara Brennan, a Senior Manager from the Financial Outsourcing and Advisory team, based in Poole. Don’t forget to catch up with the previous interviews in this series with: Helen Parker Director, Entrepreneurial Business Charlotte Ward Assistant Manager, Forensic & […]

Find out what keeps her motivated, what has been the most defining point in her career to date and the advice she would give her younger self. Don’t forget to take a look at the previous interviews in this series with Helen Parker and Charlotte Ward. Hi Jennifer, can you tell us a bit […]